Photos from the Apocalypse

By Pavel Pronin aka Major 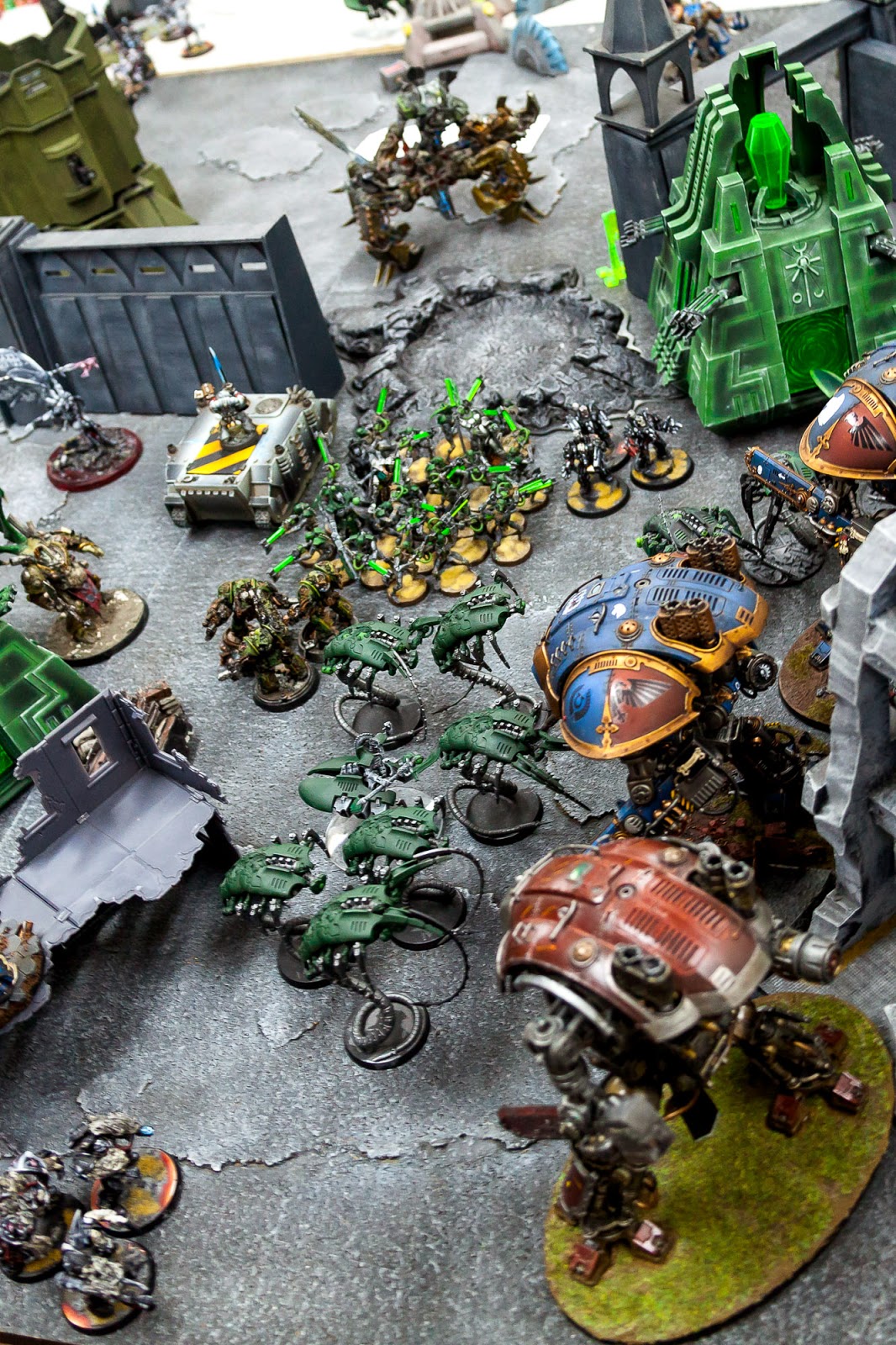 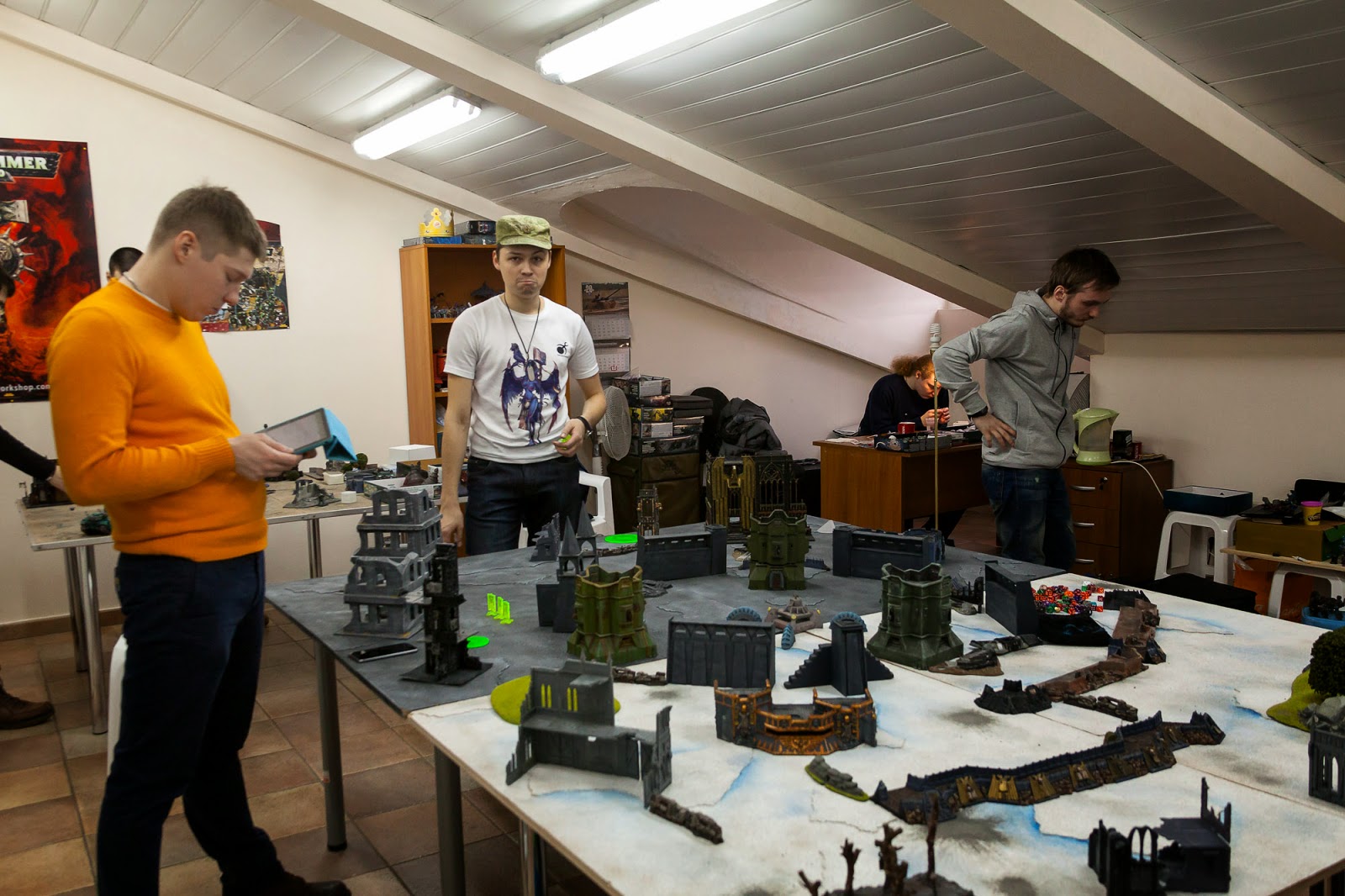 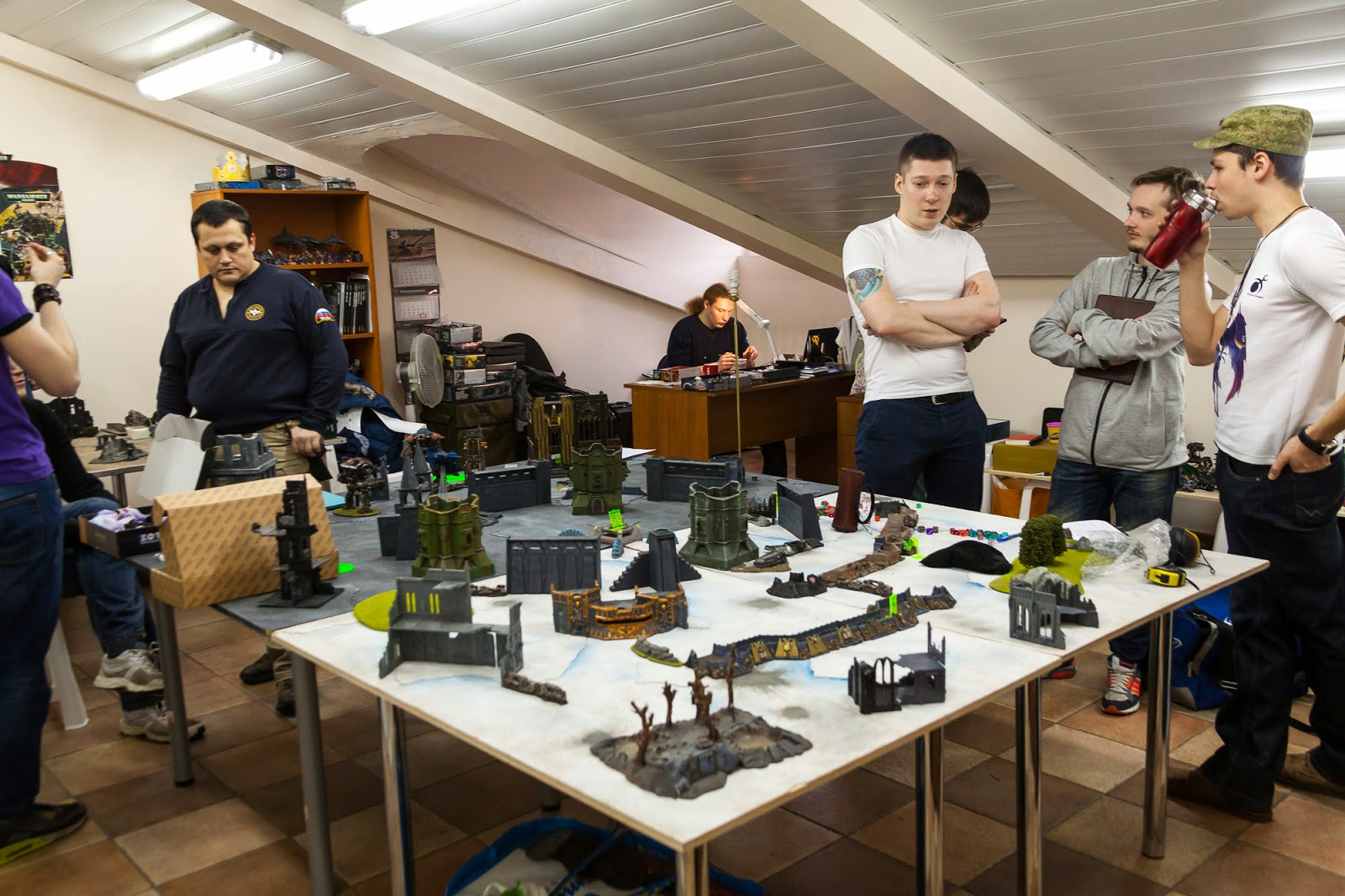 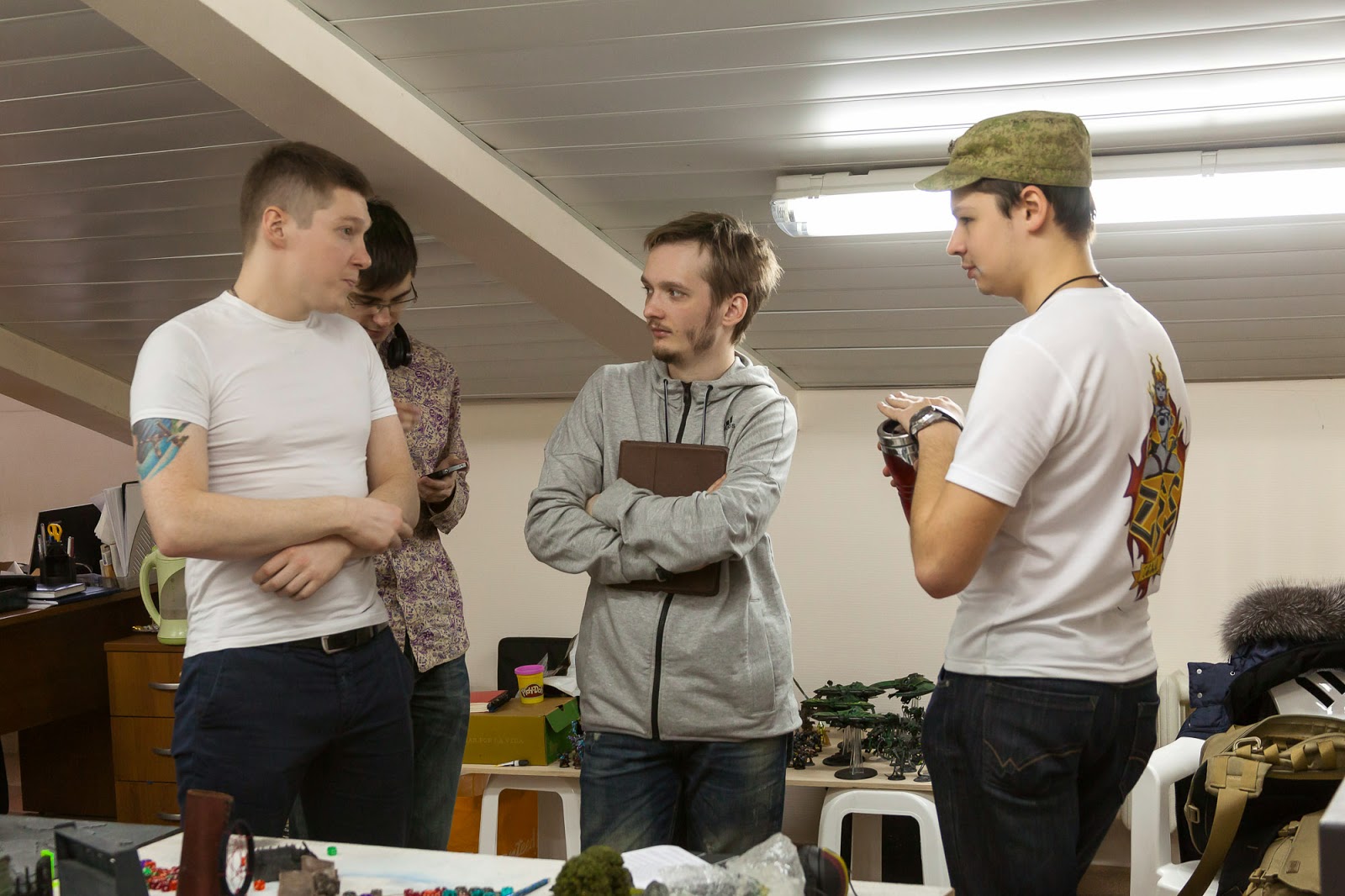 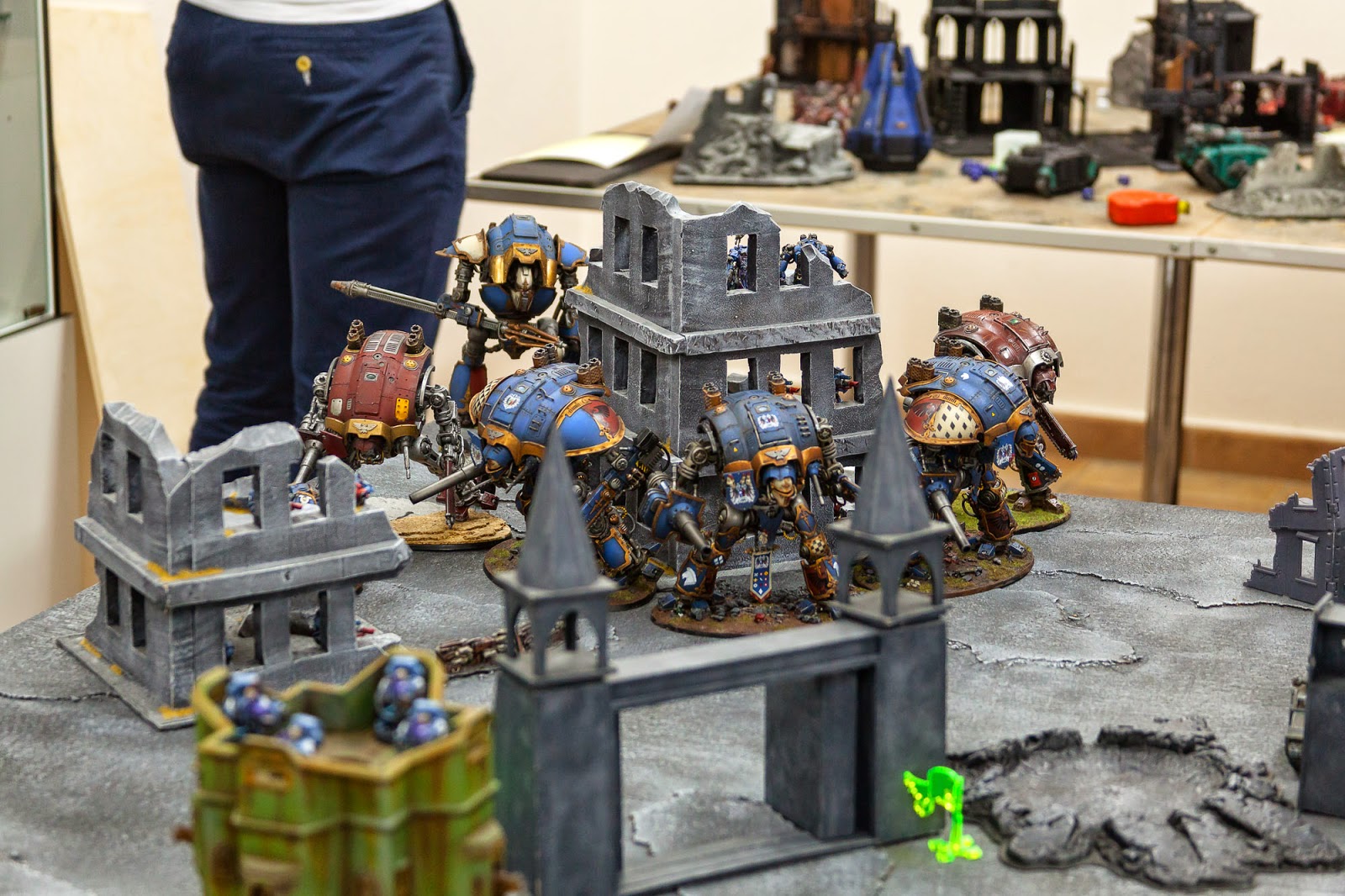 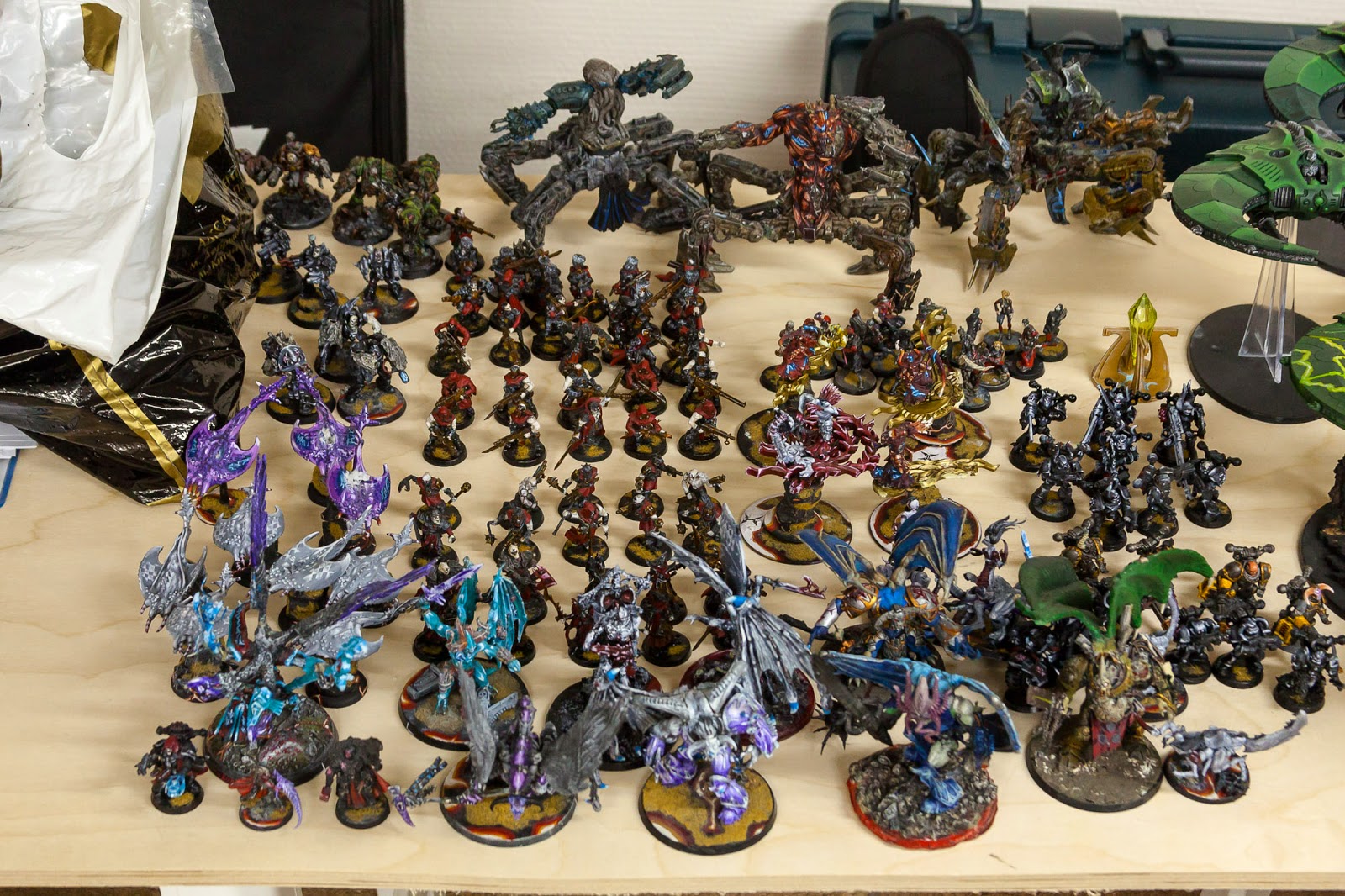 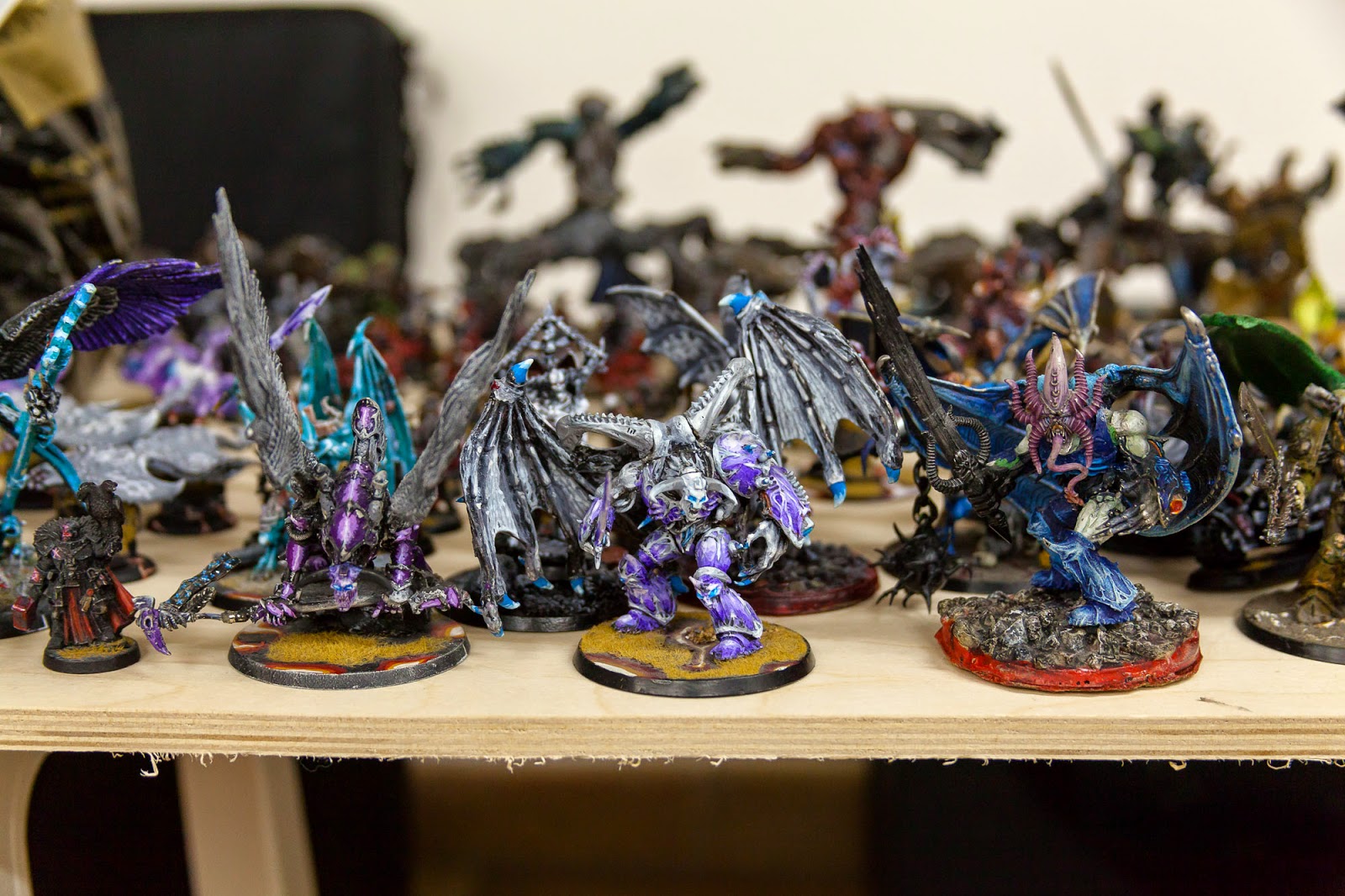 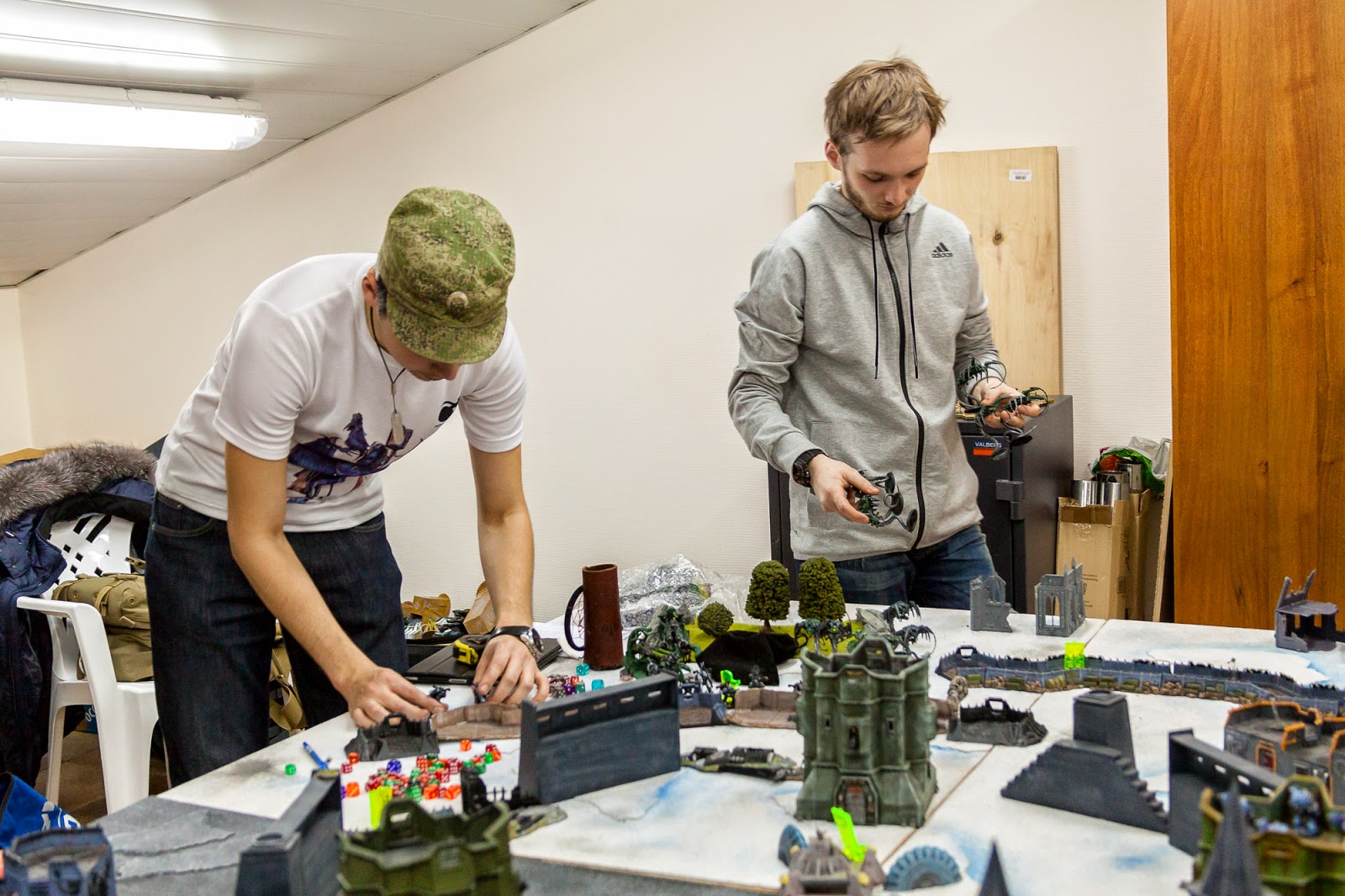 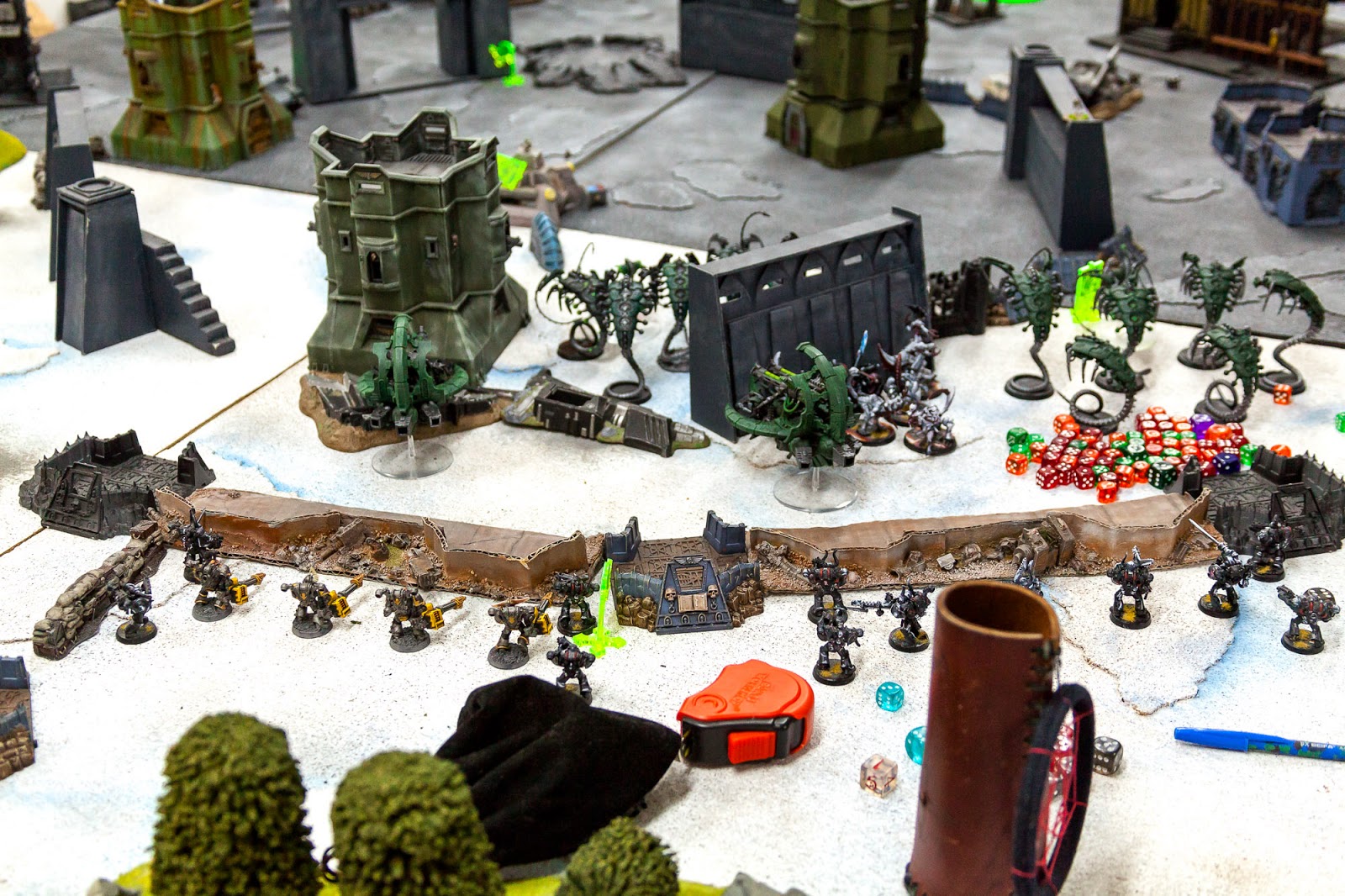 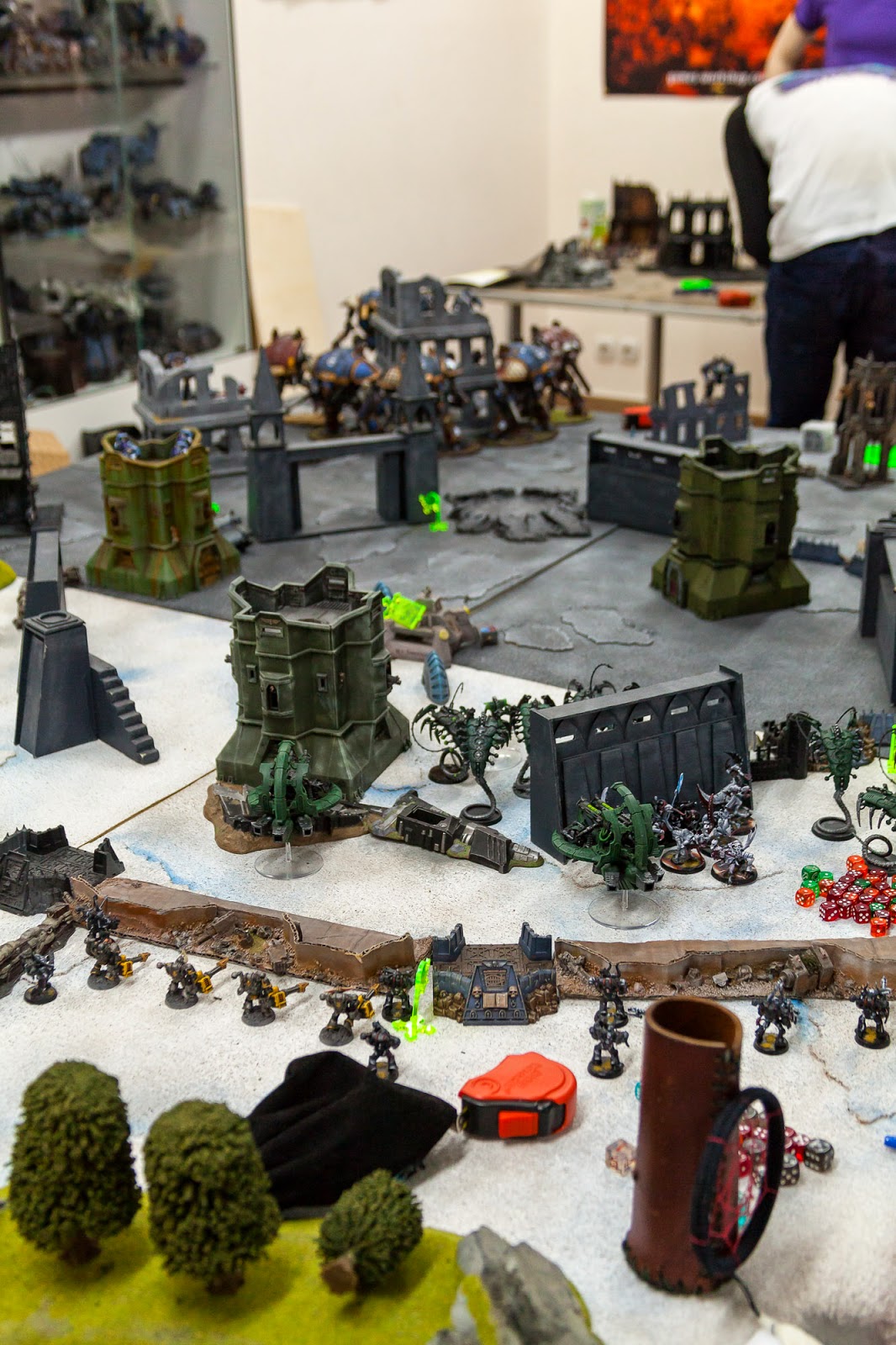 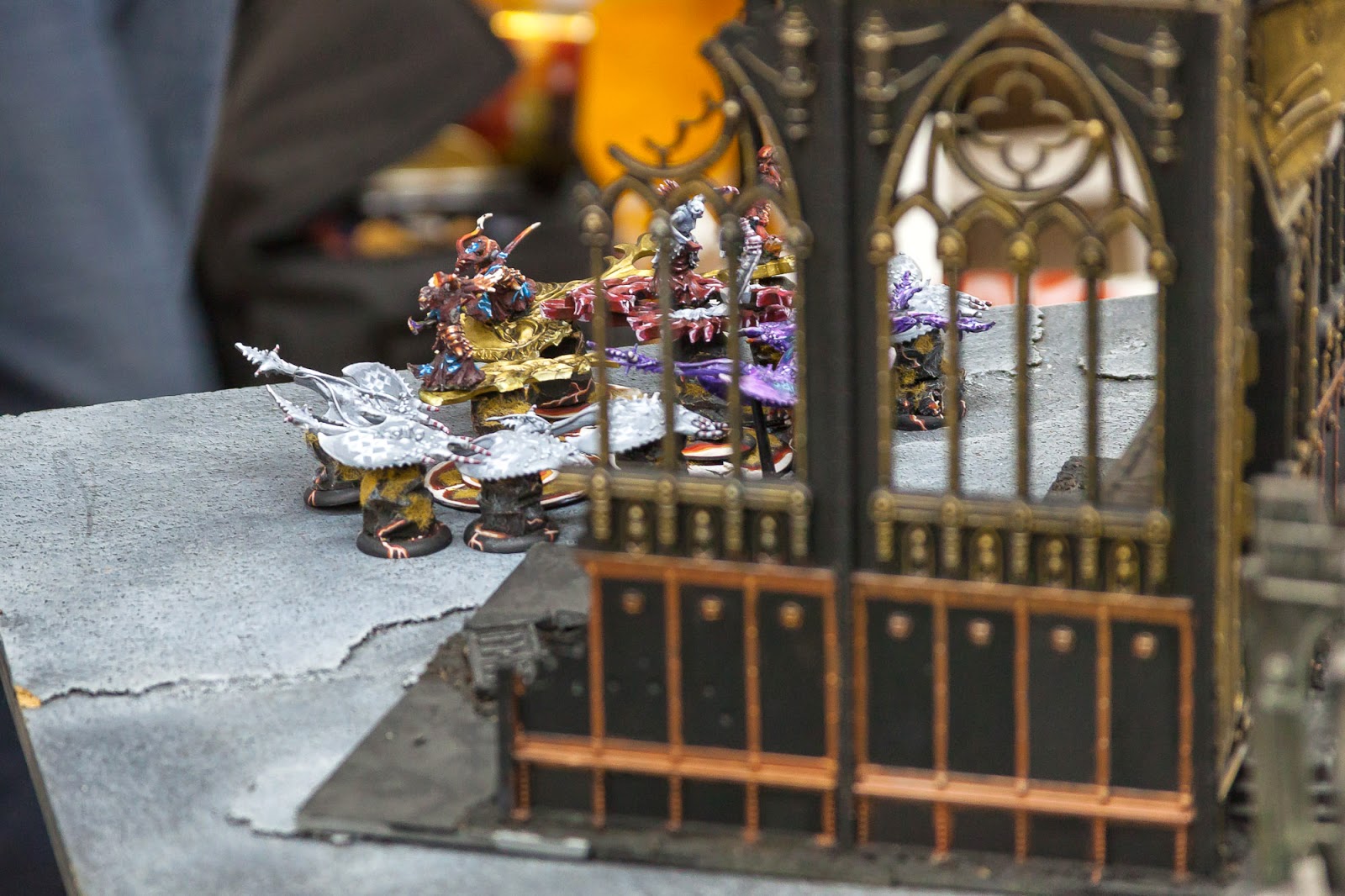 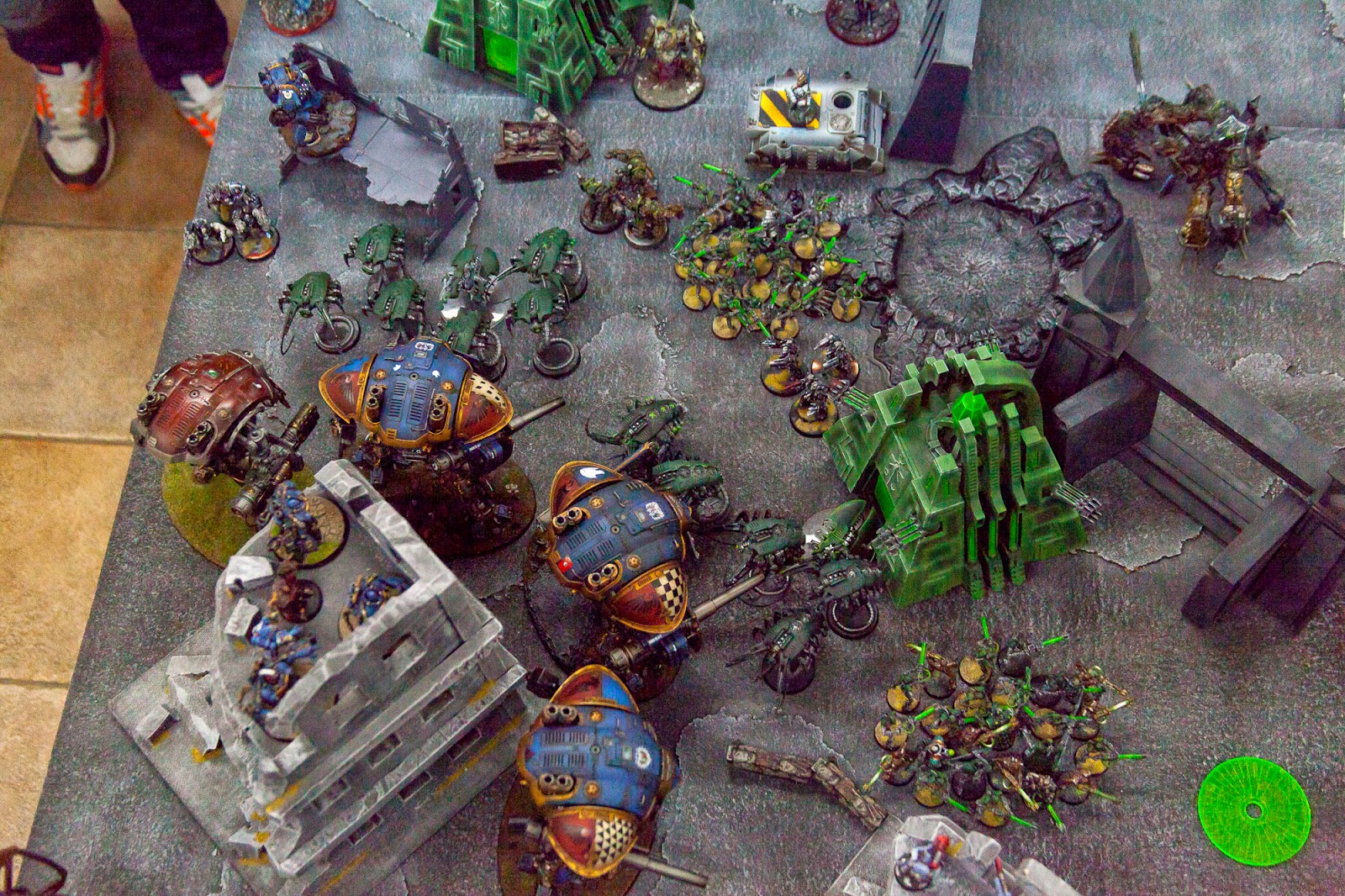 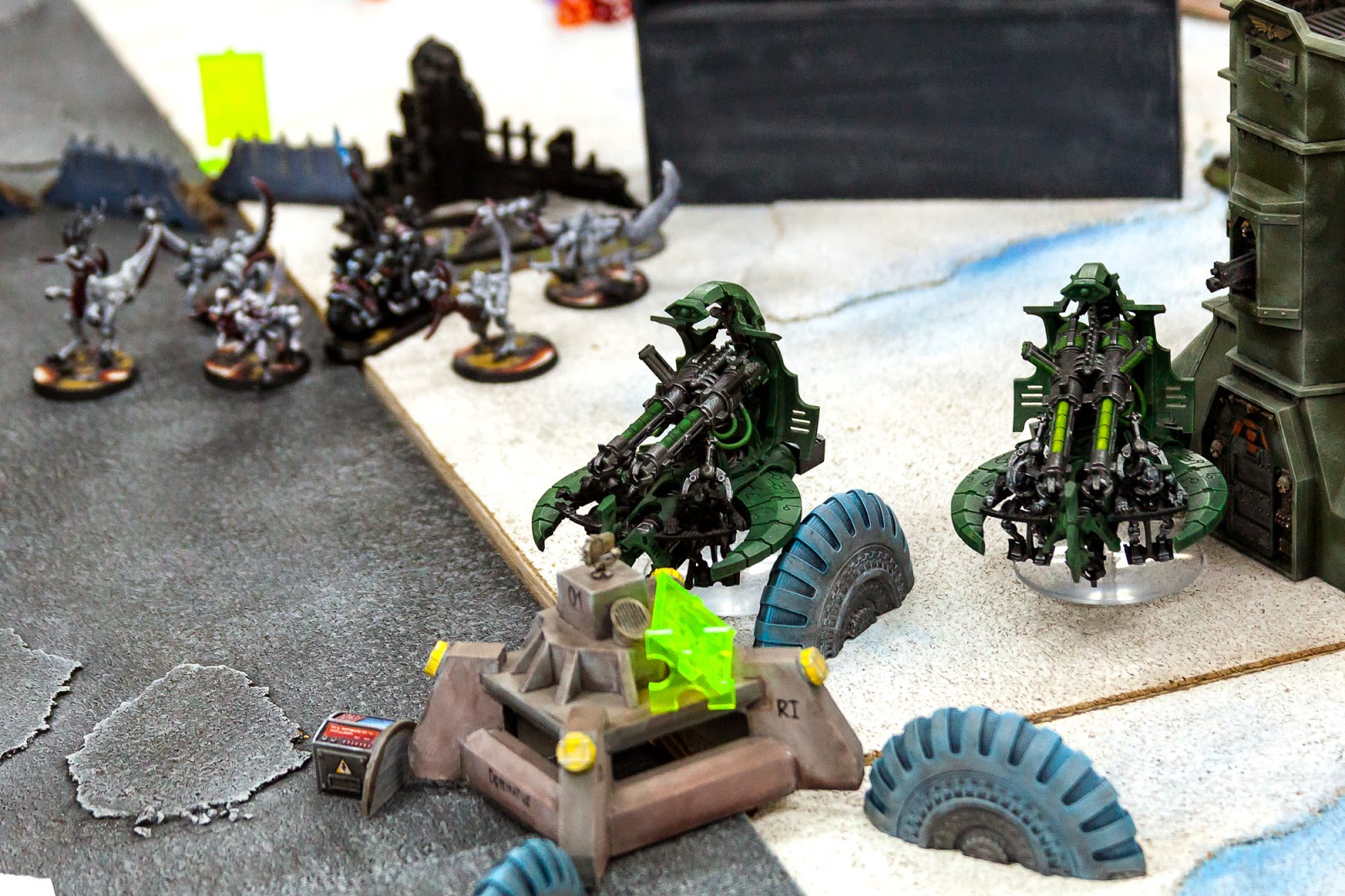 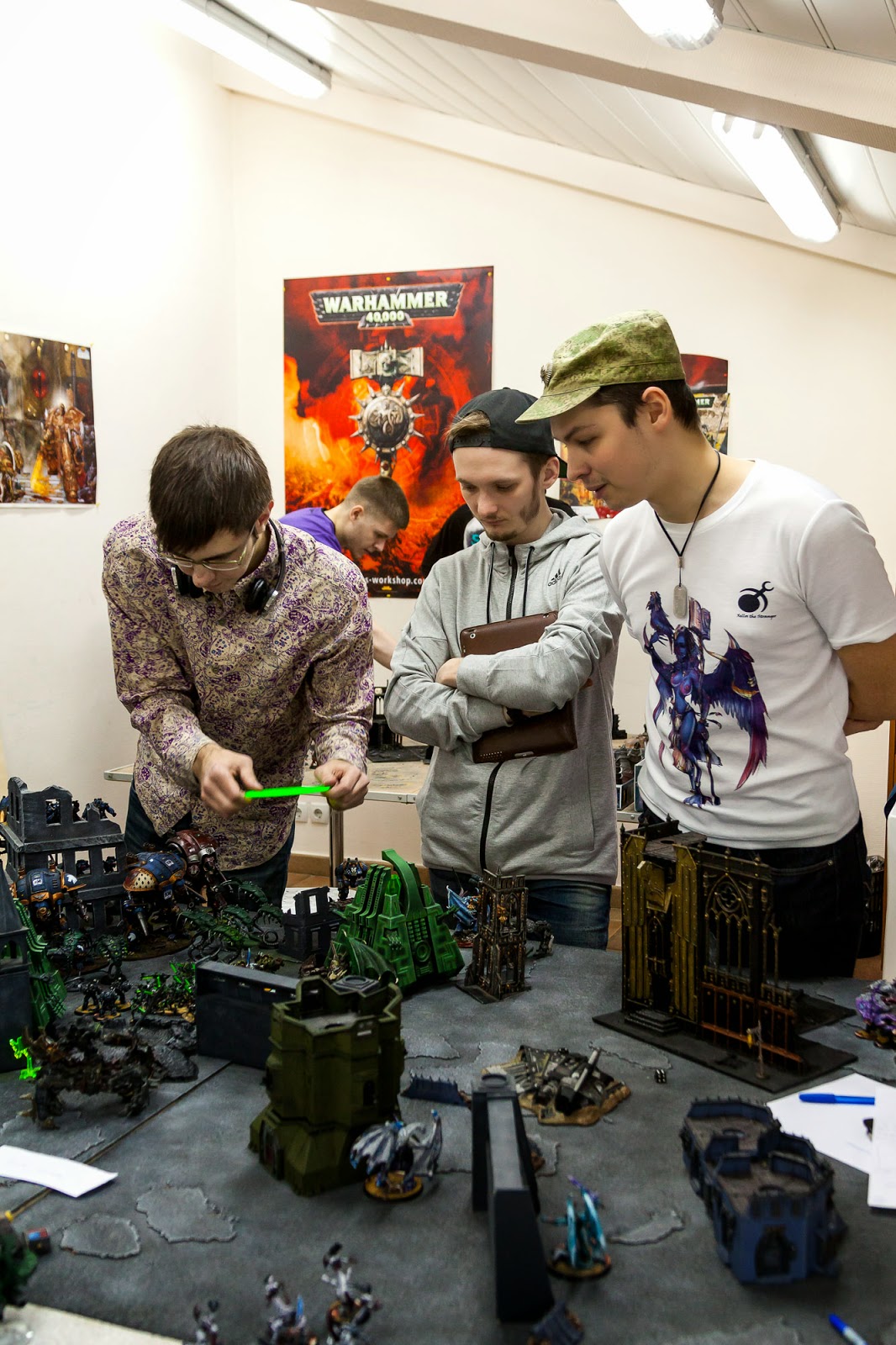 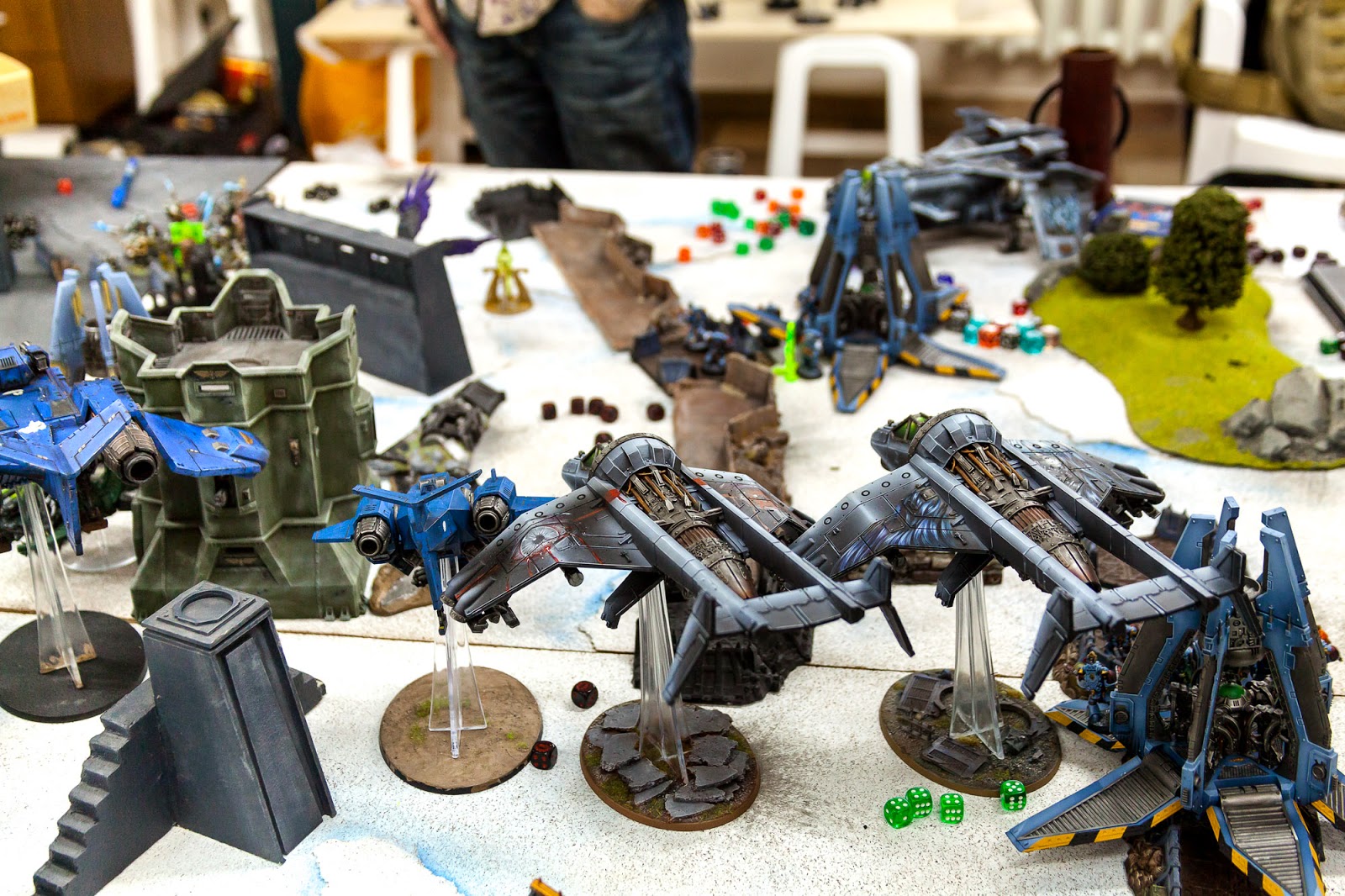 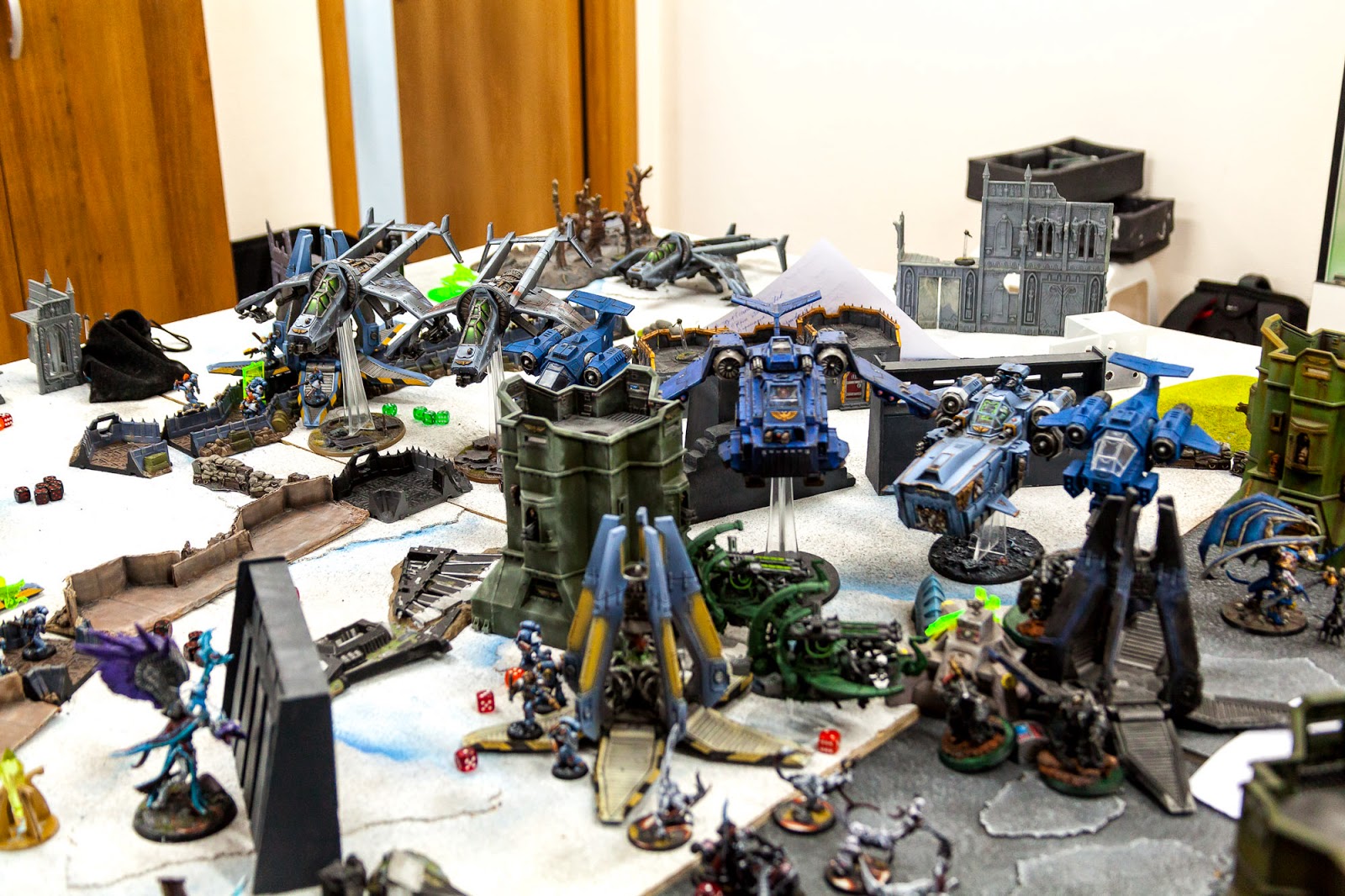 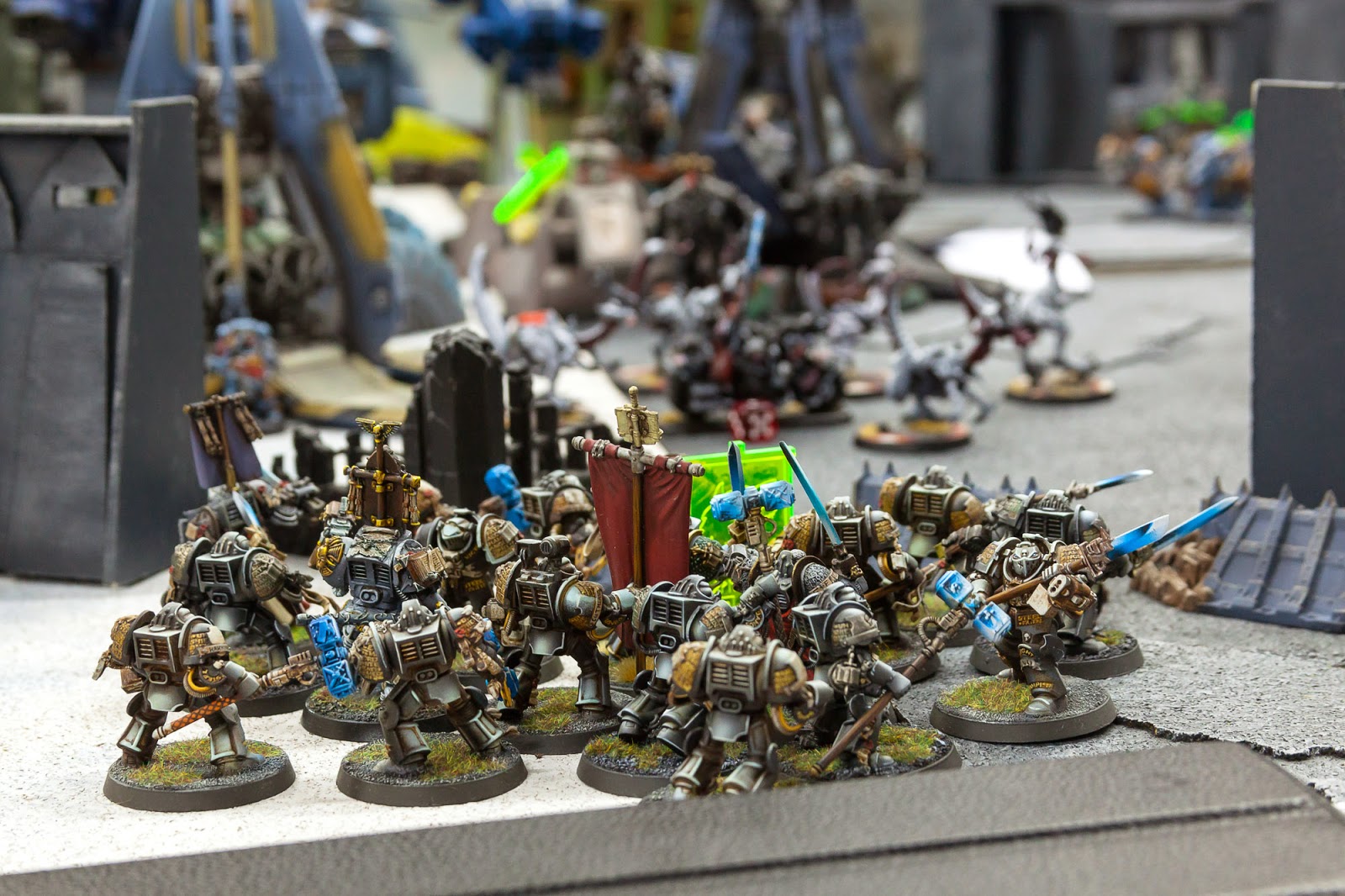 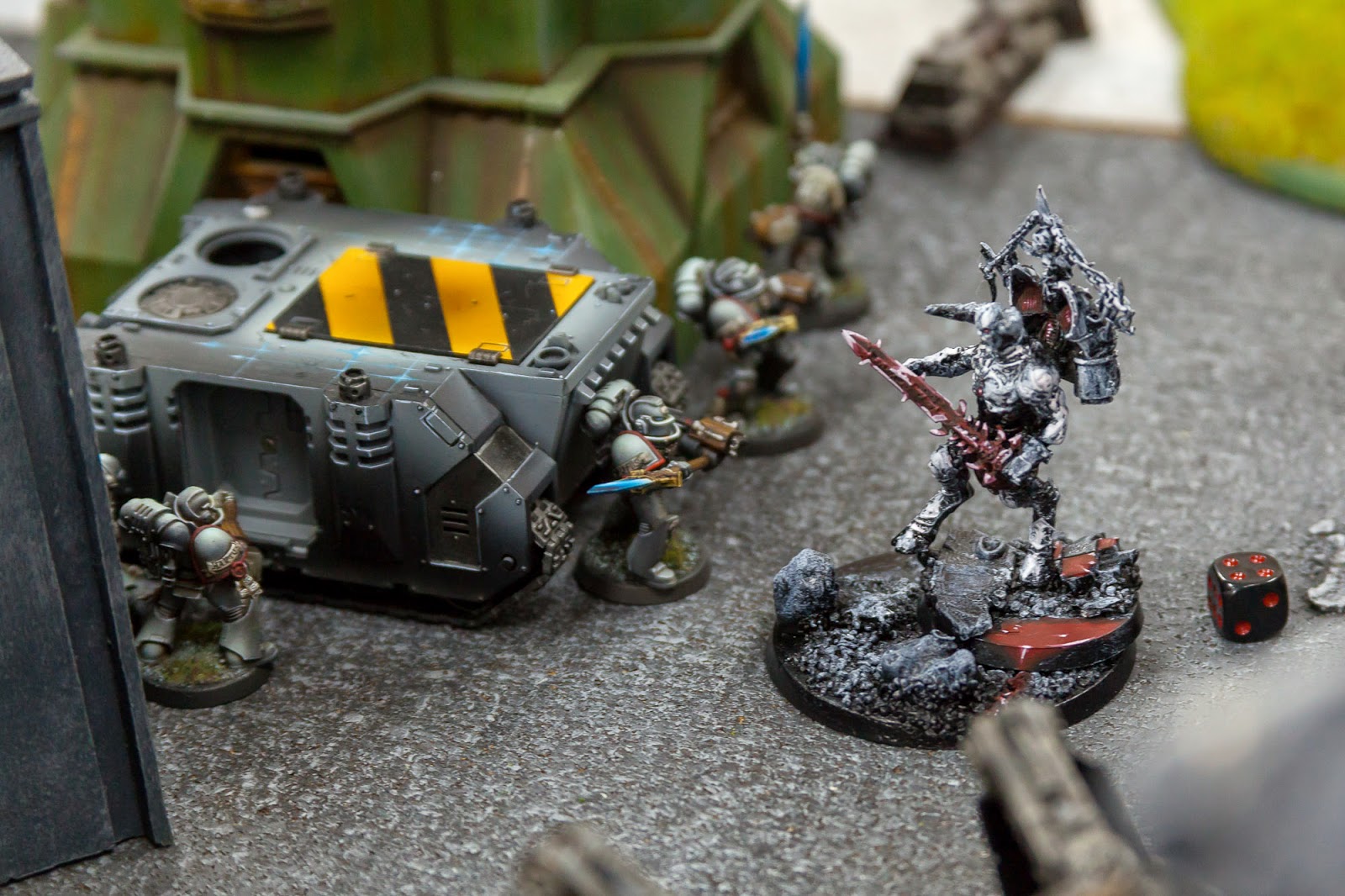 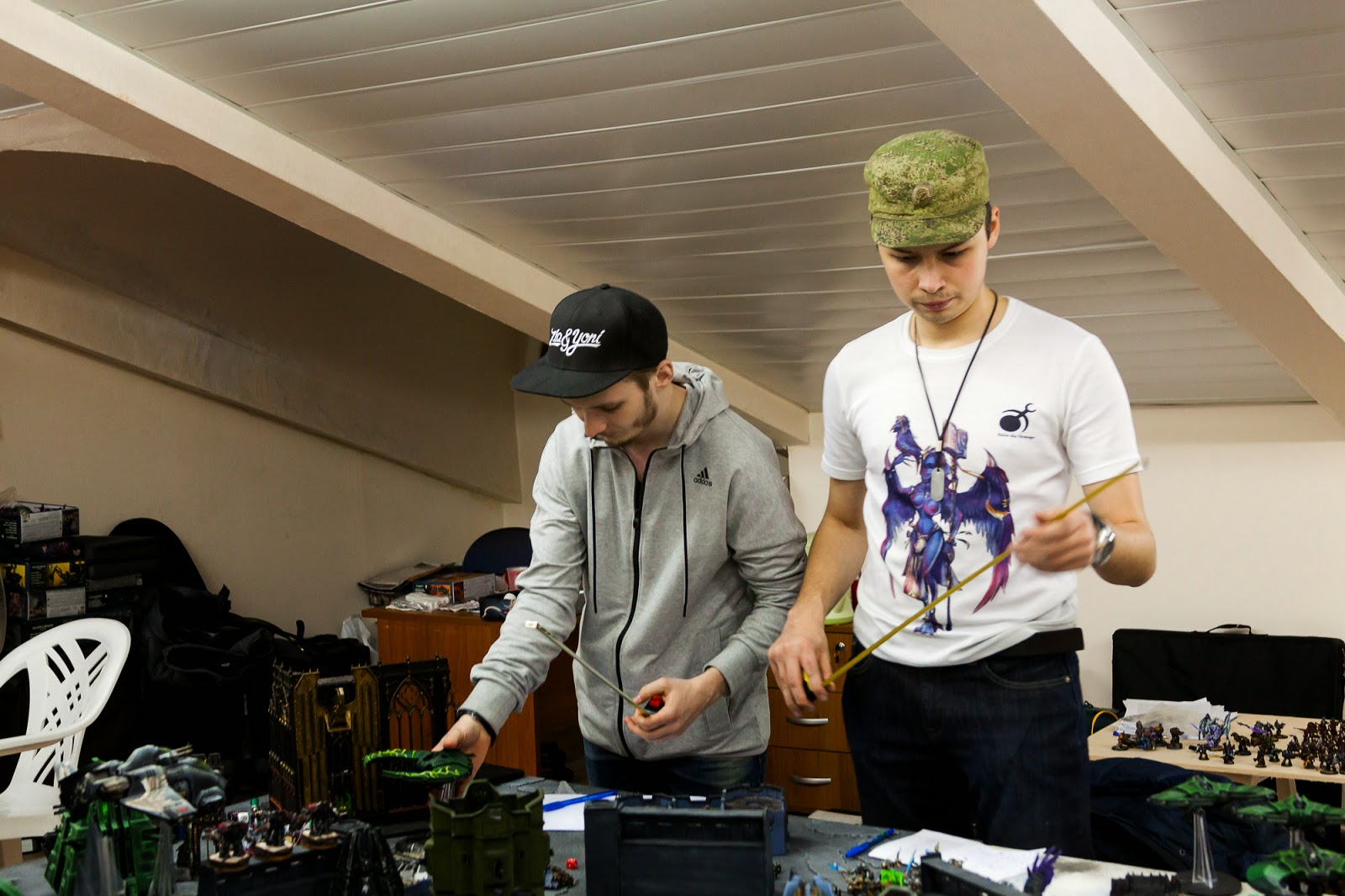 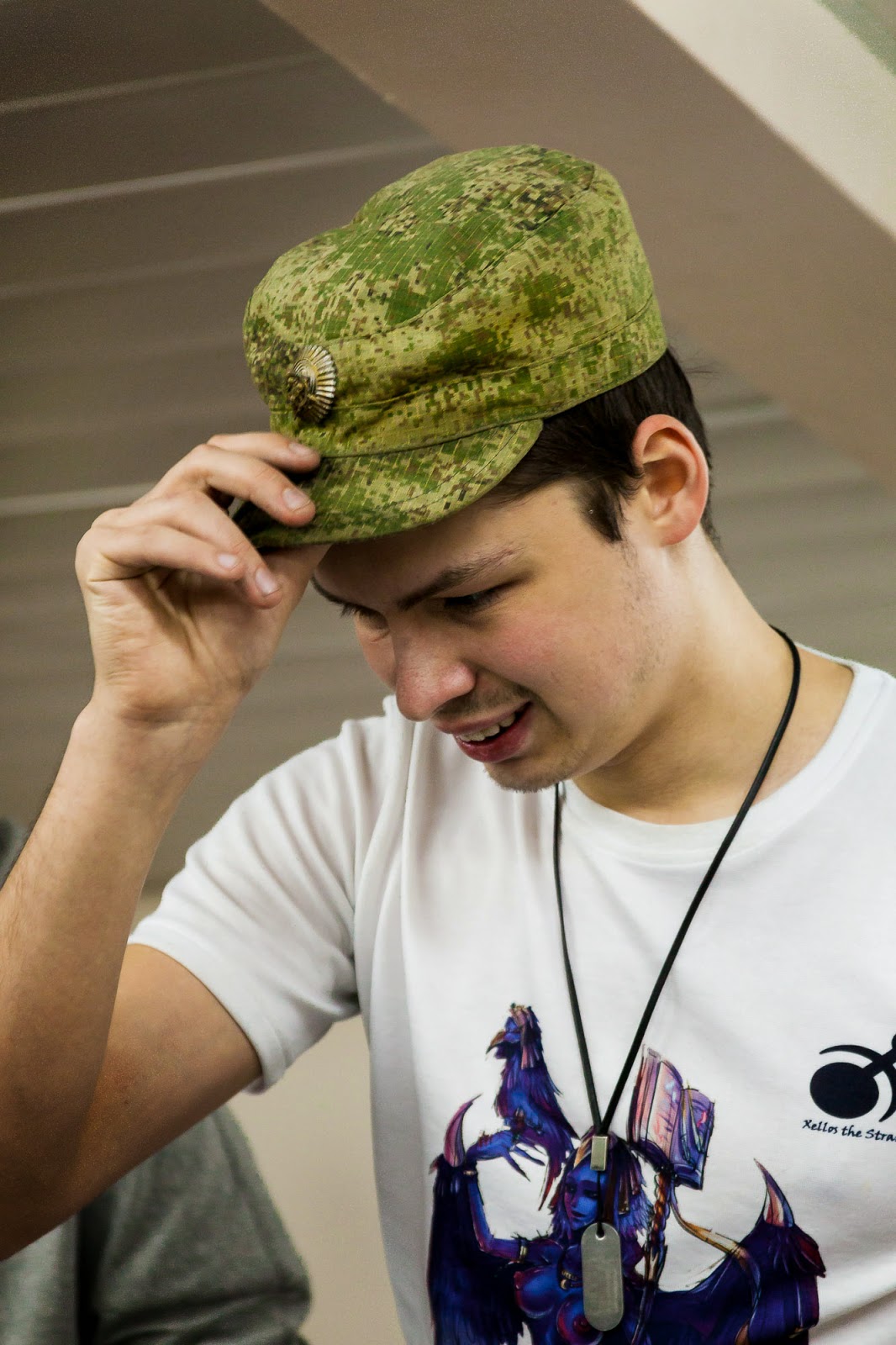 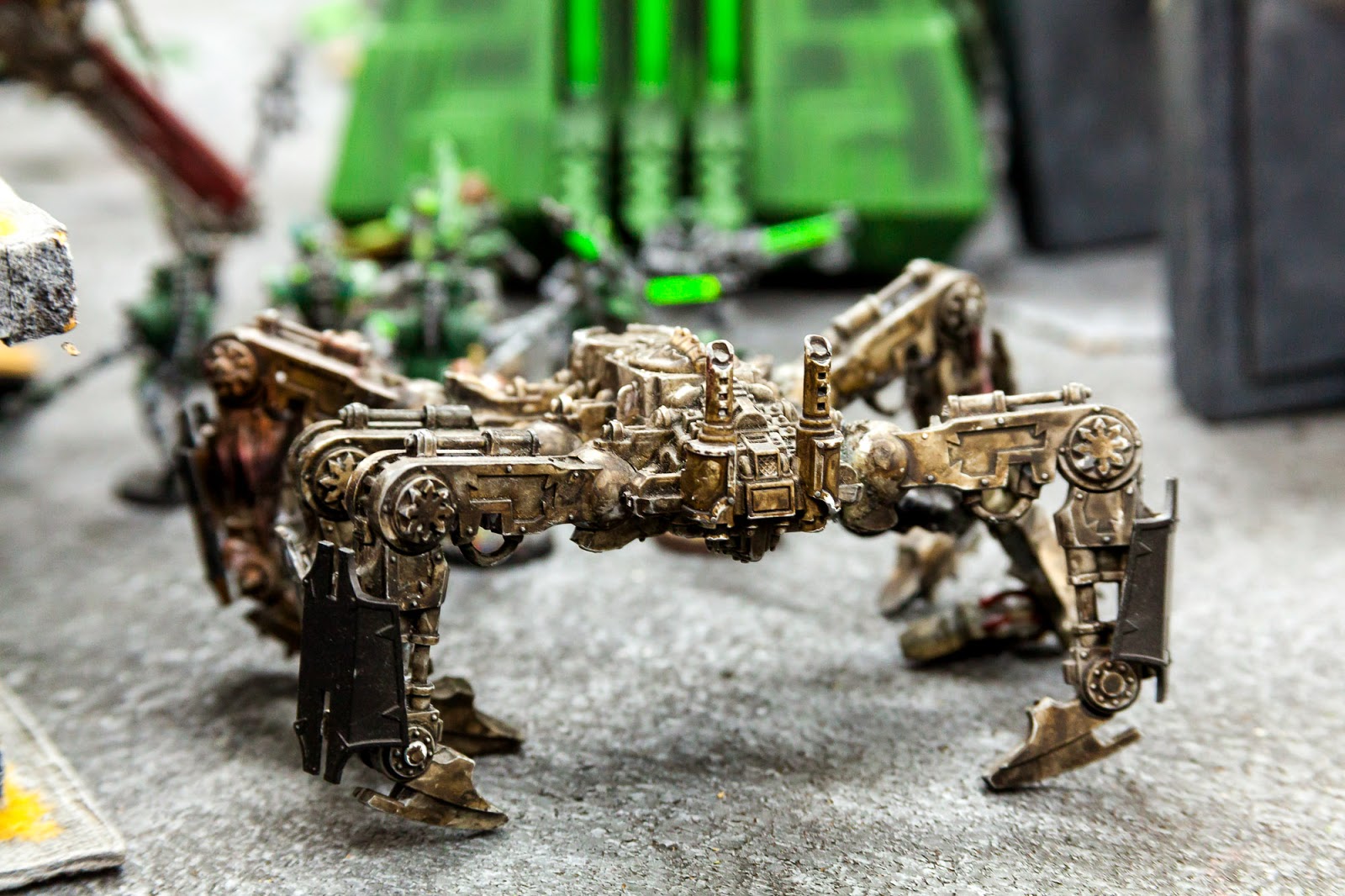 Sporthammer : The Zero Hour - Game 3 - Eldar + Legion of the Damned 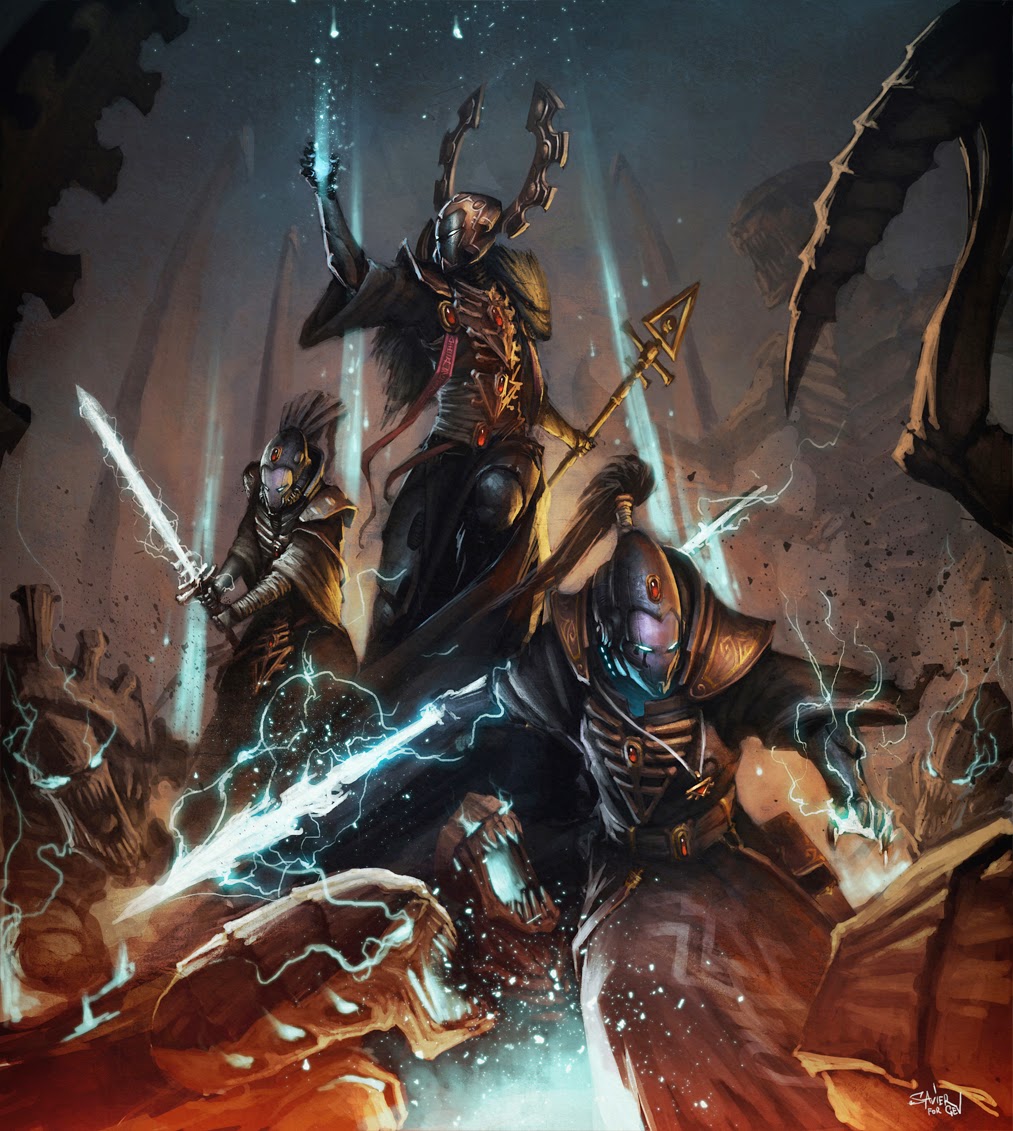 Allied Detachment: Legion of the Damned

I got the first turn. Deployed everything, as he did.

Oops! Siezed Initiative. Instant death for Kairos and almost dead Screamers with Herald. He also claimed 2 objectives in his Deployement.

I did nothing interesting, just rushed forward, claiming 1 objective.

I rushed forward, summoning Daemonettes to my Deployement zone.

Prince and Heralds died (rolling 1 for every Instant Death Ignores Cover Look Out!), few fiends survived. I had no point to continue playing - nobody can reach enemy models, as he will destroy me in 1-2 turns. Even in missions I couldn't match him to get at least 1 point. I surrender... 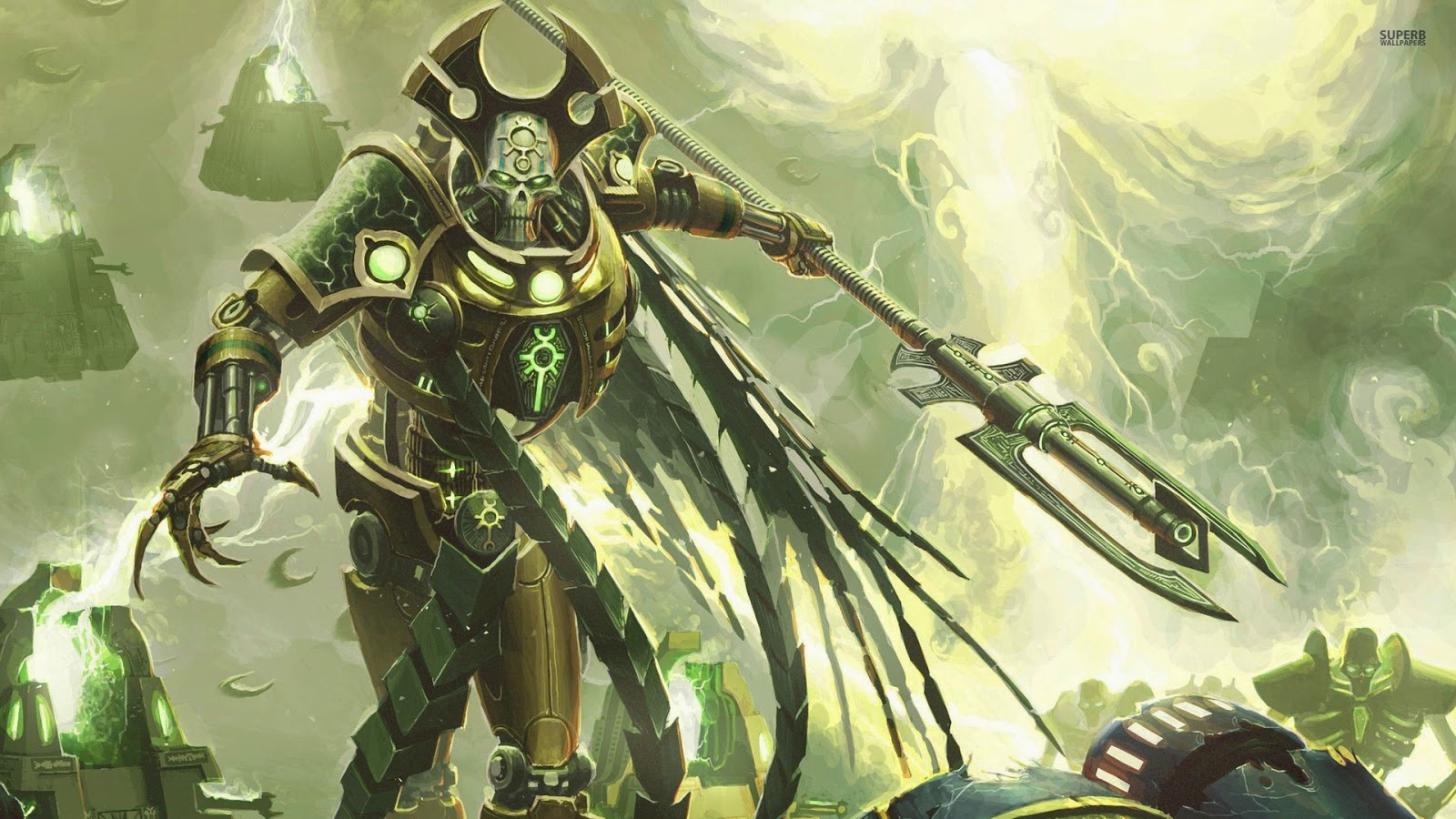 I didn't catch nor Invisibility, nor + to the Invulnerable save. But, Shrouding - that I need, I did catch it.

I had the whole army on the table and opponent had only the Bastion with Immortals.

Necron did nothing. Immotekh's lightnings killed s screamer or two. As for the mission, he wasd lucky - the marker was near the Bastion.

I rushed forward, summoning a new Horror pack in my deployement zone, and achieving a single marker. Also, a plaguebearers pack was summoned on the Storm.

I charged the Bastion with Plaguebearers. Achieved one more mission.

Few Scythes gone away, others rushed to my Horrors. Kairos failed his Ground Test, as the Immortals from Bastion decided to charge him, leaving in a single wound...

But then he gained a Grimoire buff and Immortals were attacked by Fiends... As Plaguebearers claimed the Bastion. My First Blood.

New attacks to the Horrors, but they survived. But, opponent gained 2 Missions.

I did nothing interesting, just a single mission. Oh, killed Horrors by Perils.

Opponent tried to claim the "4 point" marker with 2 packs of Immortals and Immotekh. Killed almost all of my Horrors, achieving 2 missions T_T And claiming "2 points" objective

I shooted down some of the screen-pack of Immortals, then multi-charging all of them with Fiends, annihilating it completely. But I was not careful with consolidation and Cryptek returned to life, claiming the "4-point" objective. Wew both had the Linebreaker.

And a draw for the team... Mistake with a Cryptek made it, cause we would win, if it didn't reach the Marker.

Next Game
Posted by StrangeXellos at 13:02:00 No comments: 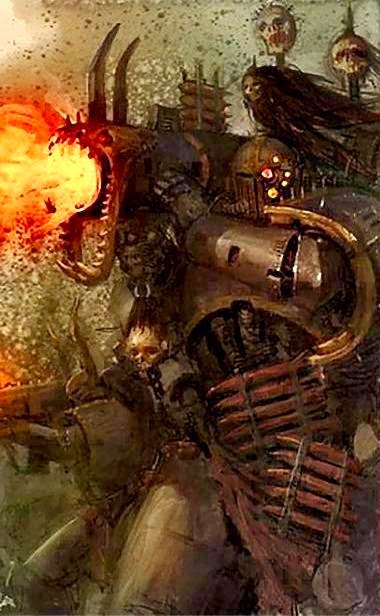 I remind of my roster.

Opponent sent Oblis to reserves via Deep Strike, and the rest was deployed; Havocs - in the Bastion.

I deployed everything, but no one pack of Horrors that got Cursed Ground - it will arrive by Deep Strike.

CSM just rushed forward, completing 2 Maelstorm missions - 3 markers to hold and one of the own markers. He's lucky, because he got 4 points. I didn't allow him to make Spawn invisible.

My turn was to also rush forward and achieve only one objective - my marker. For the second one, Fiends didn't charge the Cultists in 7 of them. But, the army was supported by magic - Shrouding for Tzeentch, 2++, Endurance and Invisibility for Fiends.

Both obli packs and Drakes arrived, damaging Kairos for 1 wound with Vector Strikes.

Obli and Drakes tried to kill Horror pack, but killed only few of them.

Opponent completed 2 more missions - own marker and none of my units within 12" of his table edge. No Invisibility again.

I made a new Psychic Shield, and charged - Screamers to cultists and Fiends to Spawn.

DP charged Obli, killing one of them. Kairos conjured a pack of screamers, that Turbo-boosted to protect Horrors from Obli Charge.

As a result, the cultists became the First blood. I also achieved 2 missions - the marker near the now-dead-cultists and destroying the unit.

Still fighting. Still no Invisibility. But Drakes, Havocs and Obli drilled the Screamers, killing some. Obli charged and Killed the conjured Screamers, even with no harm from those.

Meanwhile, Sorcerer with Invisibility was slain, and he was a Warlord. And my opponent has scored none.

Kairos, protected by Grimoire rushed forward, making 3++ for Fiends both with an arrived pack of Horrors.

DP finished the Obli pack and the second Sorcerer was slain. The remaining Screamers charged the Hover Drake, destroying the Baleflamer and lefting him in a single Hull.

I also achieved one mission - my own marker again.

The almost dead Drake has left the combat airspace, and the other one decided to continue killing Screamers from Hover.

This time, only the single-wounded Herald survived.

The Spawn and Sorcerers finally died.

Cultist pack charged the Pink Horrors with a Ground, but failed and decided to fall back.

CSM achieved the mission to destroy a unit.

Kairos got 2++ again and flied to destroy the Drake in the rear armour and succeed.

The Herald summoned the Great Unclean One, that killed 3 more cultists from the fleeing unit.

DP charged the second Obli pack, killing one and losing a single wound.

The Fiend Boing charged the Bastion, leaving it with a single HP.

The cultists runned out from the table edge, and the rest tried to kill fiends, but did nothing interesting.

Then, Kairos destroyed the Bastion with magic, and the Unclean and Fiends both charged Havocs and Cultists, deatroying all.

The one-left Heldrake flied trying to kill a single Herald on Marker, right into a trap. It was destroyed by Kairos and the Prince.

The rest of the team played poor enough - Our DE had 0 from Necrons and CSM got 14 from Bike-Centurion SM. But this was enough for victory.

Next game
Posted by StrangeXellos at 15:36:00 No comments: